Hot to Install Terminix Terminal Emulator 1.7.1 on Ubuntu via PPA 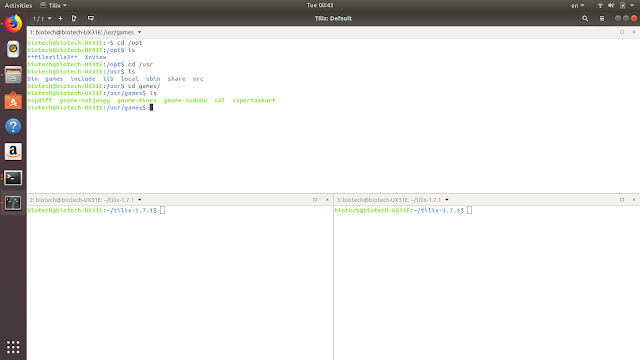 Tilix is a tiling terminal emulator which uses the VTE GTK+ 3 widget with the following features:
The application was written using GTK 3 and an effort was made to conform to GNOME Human Interface Guidelines (HIG). As a result, it does use CSD (i.e. the GTK HeaderBar) though it can be disabled if necessary. Other than GNOME, only Unity has been tested officially though users have had success with other desktop environments.


Once installed, open the Tilix emulator from Ubuntu Dash.

Email ThisBlogThis!Share to TwitterShare to FacebookShare to Pinterest
ป้ายกำกับ: Terminal