The improvements for this release begin at the title screen, featuring the familiar map of Wesnoth and its surroundings in a new visually-appealing style. Starting a new game  be it in single or multiplayer mode  reveals a completely refurnished game screen, with a more streamlined and modern design. As part of our commitment to elegance and consistency, every dialog in the game features the new design and many other subtle enhancements. 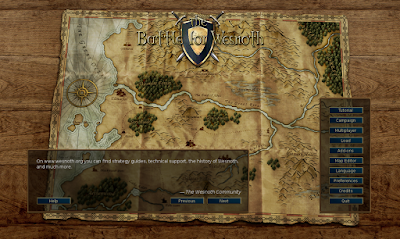 Run the following commands in Terminal to install Wesnoth 1.12.6, via PPA, on Ubuntu: