How to install Android Studio 2.1.2 on Ubuntu

Android Studio 2.0 is the fastest way to build high quality, performant apps for the Android platform, including phones and tablets, Android Auto, Android Wear, and Android TV. As the official IDE from Google, Android Studio includes everything you need to build an app, including a code editor, code analysis tools, emulators and more. This new and stable version of Android Studio has fast build speeds and a fast emulator with support for the latest Android version and Google Play Services. 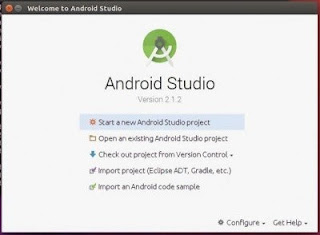 Android Studio is built in coordination with the Android platform and supports all of the latest and greatest APIs. If you are developing for Android, you should be using

Android Studio 2.0 includes the following new features that Android developer can use in their workflow :

Since Android Studio 2.1.2 is not yet available on any PPA repository, we will go ahead and install it via the source file. Before we do that, we need to first install Oracle Java JDK/JRE 7 which is required for Android Studio to run.

Java 9 appears not to work so stick to Java 7. I have not tried it with Java 8