Stellarium is a free open source planetarium for your computer. It shows a realistic sky in 3D, just like what you see with the naked eye, binoculars or a telescope. 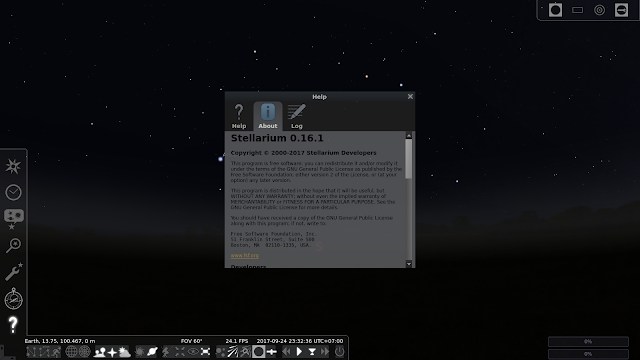 Version 0.16.1 is based on Qt 5.6.2, but it can still be built from sources with Qt 5.4.
This version is bugfix release with some important features:
Full list of changes:
Installation instructions:

Up to date packages are available via some third party packages, so installing the software on Ubuntu is easy. Just add the PPA to your system, update the local repository index and install the stellarium package:

Optinal, to remove stellarium, do: