Pitivi is a Free video editor with a beautiful and intuitive user interface, a clean codebase and a fantastic community. 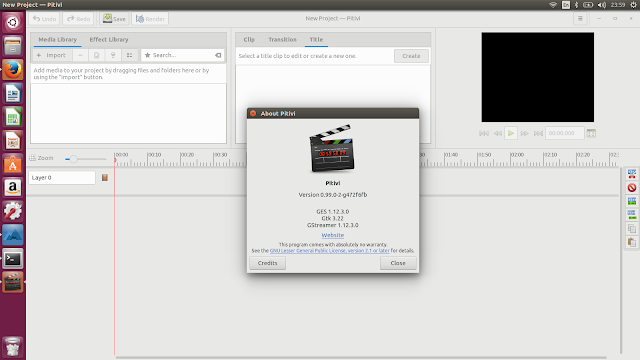 Pitivi aims to be an intuitive and flexible video editor that integrates well with GNOME and can appeal to newbies and professionals alike.

Pitivi 1.0 release candidate “Ocean Big Chair” (0.99). This release has many bug fixes and performance improvements, and is a release candidate for 1.0. Our test suite grew considerably, from 164 to 191 meaningful unit tests.
GSoC Pitivi projects. The GSoC work has been merged on the “master” branch and we made a separate “1.0” branch where we implement or backport the relevant fixes. A special thank you to Suhas Nayak and Ștefan-Adrian Popa, two of our GSoC students who contributed a large number of bugfixes and made possible this release.


After installed, launch the video editor via command