SimpleScreenRecorder is a Linux program that I've created to record programs and games.  Despite the name, this program is actually quite complex. It’s ‘simple’ in the sense that it’s easier to use than ffmpeg/avconv or VLC, because it has a straightforward user interface. 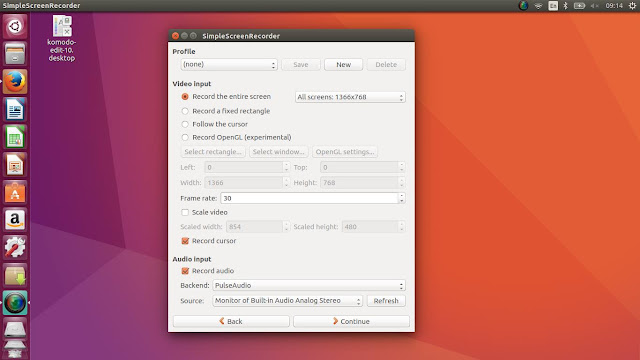 We can add this PPA to Ubuntu Operating  Systems and install  Simple Screen Recorder 0.3.8 with few easy commands.


To record 32-bit OpenGL applications on a 64-bit system, run: