G’MIC (GREYC’s Magic Image Converter) is a editing tool, that can be used with GIMP or as a standalone application, being available for both Linux and Windows. G’MIC provides a window which enables the users to add more than 500 filters over photos and preview the result, in order to give the photos some other flavor. 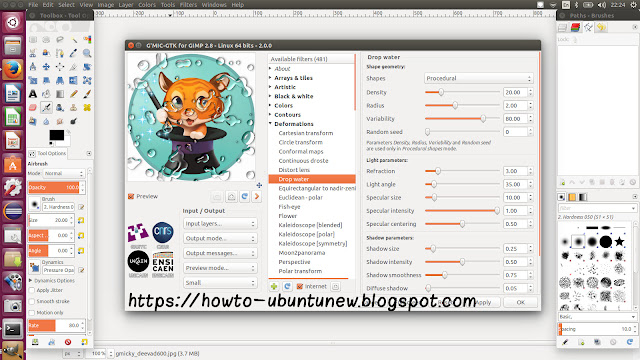 G’Mic comes with different interfaces: a command-line tool, an interface for webcam manipulation, build in Qt and a library and plugin for GIMP.

The latest version available is G’Mic 2.0 which has been recently released, coming with a lot of changes.
New features:

You just need to add the PPA to your system, update the local repository index and install the G’MIC package:

Optional, to remove G’MIC, do: