Quod Libet is a GTK+-based audio player written in Python, using the Mutagen tagging library. It’s designed around the idea that you know how to organize your music better than we do. It lets you make playlists based on regular expressions (don’t worry, regular searches work too). It lets you display and edit any tags you want in the file, for all the file formats it supports. 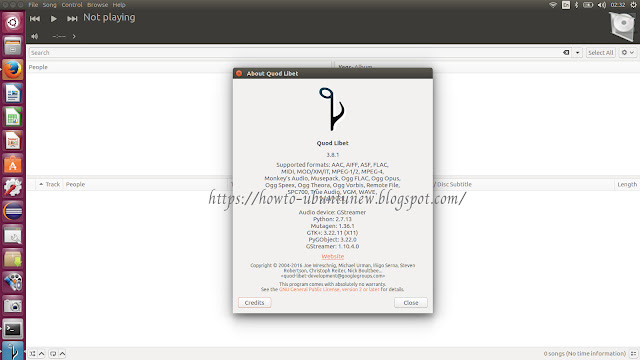 The latest version available is QuodLibet 3.8.1, which has been recently released, bringing a huge list of changes:

Up to date packages are available via some third party packages, so installing the software on Ubuntu is easy. Just add the PPA to your system, update the local repository index and install the Quod Libet package:

Optinal, to remove QuodLibet, do: