VidCutter is a new open source video editor that does video trimming and merging, that’s all. Since it doesn’t provide advanced features, it is fairly simple to use and that’s what makes it more useful for simple editing tasks of splitting or joining videos. 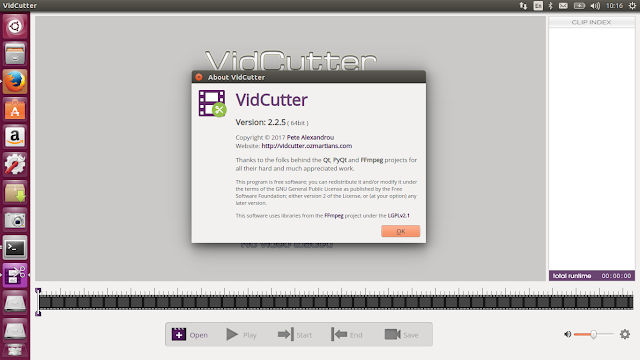 VidCutter is a cross-platform video editor based on QT5. It uses FFmpeg for the backend. If I have to list the features, it would be:
Not really a feature but more of limitation, there is no option to export the videos in other formats at present. It keeps the output in the same format as the source.

To install VidCutter video editor in Ubuntu based Linux distributions such as Linux Mint, elementary OS, Linux Lite etc, you can use the official PPA. Open a terminal and use the following commands one by one:

ote: If VidCutter throws error while trying to load a video file, you should uninstall it and then install the dependencies:

To uninstall VidCutter, use the following commands: