The Inkscape project announces a new version 0.92 of its popular vector drawing software. New features include mesh gradients, improved SVG2 and CSS3 support, new path effects, interactive smoothing for the pencil tool, a new Object dialog for directly managing all drawing elements, and much more. Infrastructural changes are also under way, including a switch to CMake from the venerable Autotools build system. 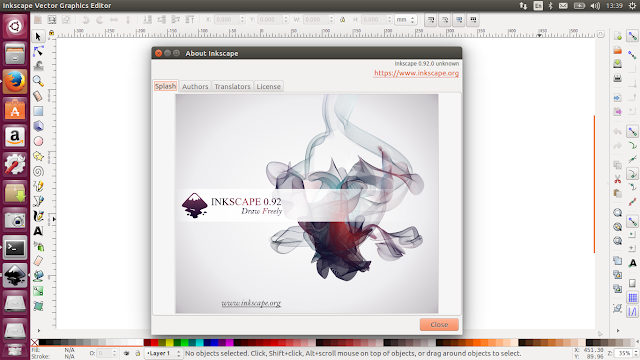 If you have installed Inkscape 0.92 via the snap package, remove it via Ubuntu Software App, or using the command in terminal (Ctrl+Alt+T):

Email ThisBlogThis!Share to TwitterShare to FacebookShare to Pinterest
ป้ายกำกับ: Photo