HandBrake is a free and open-source video transcoder, originally developed in 2003 by Eric Petit (aka "titer" from his SVN repository username) to make ripping a film from a DVD to a data storage device easier. Since then, it has undergone many changes and revisions.
HandBrake is available for Linux, macOS, and Windows. It uses third-party libraries such as Libav, libvpx, and x265. 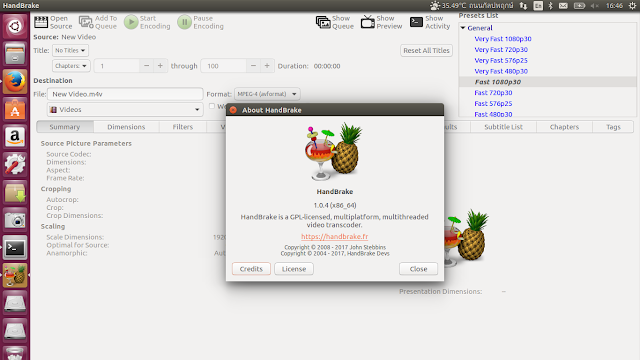 We can add this PPA to Ubuntu Operating  Systems and install HandBrake with few easy commands.


For those who have installed handbrake from Ubuntu’s main repository archive, remove it either via Ubuntu Software Center or using the command: