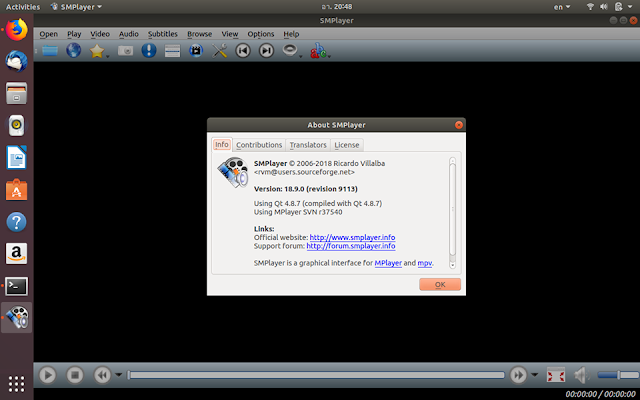 Run the following commands in Terminal to install SMPlayer 18.9, via PPA, on Ubuntu: